It goes without saying that every time we engage ourselves to do something, in general, we at least try to do a decently good job. The amount of effort for most people is determined by how important the task is to us. I think this is something we can all agree are general rules followed by the majority of people. Including me and hopefully you. However is the above really true? Do we really try? Do we really give ourselves an honest chance at succeeding at what is in front of us or is there a possibility that we might subconsciously or worse consciously be self-handicapping? Something to wonder about.

Self-handicapping: a cognitive strategy where people create obstacles and excuses for themselves to prevent having to blame themselves or hurt their self-esteem when potential failures happen.

In plain words it’s covering for yourself in case you do not get the results you desired to get. This is not something abnormal to do. It is very much part of human nature to want to protect your own self esteem and to want to feel good about yourself. It becomes problematic when certain barriers are crossed. For example the barrier between self-esteem and image or the barrier of no longer seeing your own lies or kinder said excuses. This simple term is capable of creating a waterfall of trouble if you are not (completely) aware of you doing it to yourself and can even, in some way, be the reason behind you failing.

In the world of social-psychology self-handicapping falls under the chapter impression-management, which means to try to control how others perceive us. When a potential failure is imminent, whether with a real chance of failure or not, you can try to soften the blow by beforehand sharing reasons (read: excuses) why things probably won’t work out. This will lower the surprise of the failure and thus the potential damage to your image. Another effect of cushioning yourself with reasons behind your failure is that people will potentially be more understanding and rationalize the failure with you and of course have some sort of sympathy. This gets more dangerous the more your own self esteem is tied to your image cause the lengths one will go to could become infinite.

A few excuses don’t seem so bad, right? Depending, of course, on how bad the excuses are. Saying someone died that has not means you are already pretty deep. Worse is when you start believing that a potential failure is a matter of fact no matter what you do, in other words you start believing your excuses. When you do, this can enable you to justify not even putting in any effort or even feigning the effort you (have) put in. For example, having three glasses of wine while studying for an exam you have the next day will probably not help you, neither will not preparing for a big speech. I think I do not have to tell you that when you don’t even try the chances of a possible positive result get smaller, thus confirming your excuses.

You see, self-handicapping can be done in grant obvious ways, such as partying all night and experimenting with alcohol* for the first time, but also really subtly in ways that are hardly noticeable. Such as saying you haven’t slept well, while you just went to bed late on purpose because it was ages since you seen a movie that was playing on TV. People can claim to have had a headache or be nauseous or any other kind of symptoms that are not necessarily true, however when you do believe you feel that way when the moment comes to ‘’perform’’ you occupy yourself with how you are feeling and not really focus on your task at hand. This ingeniously seems that you are just properly taking care of yourself while you are actually self-handicapping.

What self-handicapping is not

Realize that I am not saying that everyone who claims to have a headache before a big moment in their life is self-handicapping or that thinking about why you might have not gotten the desired outcome is always a part of trying to protect your self esteem and/or image. Headaches happen and wondering why can sometimes help you when you do it in the right space of mind. A lot of these behaviors, as said before, are normal. I can’t stress that enough. It’s when certain barriers are being crossed that trouble start unfolding. The best person to determine these barriers are you, yourself.

Do you recognize yourself in any of the above behaviors? Whether the answer is yes or no, it won’t hurt to wonder about how you felt and what you did before some big moments in your life. Especially since self-handicapping is something we can do unknowingly to our own selves. In this case knowing about the phenomenon is the only way to break the cycle as you can’t change something you’re not aware of doing to yourself.

Are you self-handicapping or self-helping?

*If you drink, drink responsibly and always respect the by law set age restrictions and your own drinking limits. 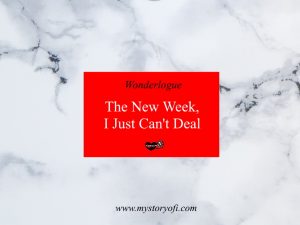 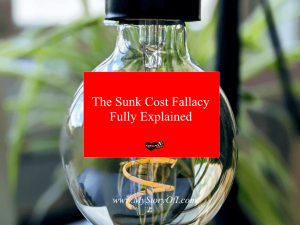 Previous Post: « 3 Days in Paris Itinerary | Spend A Perfect Weekend in Paris
Next Post: Realizing Dreams During The Last Month of The Year »