I have been traveling solo for almost three years now. I can’t begin to describe the effect it has had on my life. The things I have seen and the people I have spoken to have me made see that the world is grand and wonderful. One of the effects traveling solo has had on my life is that it’s given me the opportunity to learn a lot. Life lessons, languages, new ways of doing things and so many other things. The rule has always been when I know you will know soon after, so here are five lessons I learned traveling solo. Obviously there are more but I can’t be typing this post forever either.

Lesson 1. Strangers are not scary

The way you approach someone is the way they will reciprocate most times. Yes, there are some exceptions. However I have met some of the nicest people while traveling solo. By being open minded and curious about what they have to say I now have stories for days. Not once have I made small talk with a person I’ve met abroad, even while traveling solo in Western Countries! In these interactions, I feel, everyone was being their true self. With some of these so called strangers I have spent hours talking about any- and everything. Even discussed some touchy taboo topics such as religion and politics, without anyone being or getting offended. On the other hand I have also had conversations that lasted less than a minute with people who were willing to help me out when I was lost. All the hostility and scariness that we’re being warned for, I have never experienced while traveling. People are generally nice is what I have come to believe based on all my experiences.

Through all my talks with former strangers while traveling solo I learned a lot. What to do, what not to do and what to definitely form my own opinion about. The best thing about all of these shared life lessons is that they are based on real experiences from people who are just like me. A person wanting to make the most out of the time given on this earth. The life lessons shared are not ones that you can easily google. These life lessons have been very eye opening for me in form figuring out where to go from here. sometimes even literally. Don’t get me wrong it’s not that I have started to make decisions based on the life lessons shared with me, it’s that some of them highlighted parts of my life or initiated trains of thought that I before had never considered. You can say all those life lessons are helping me make sure that I am writing the life story I actually want to look back on. I hope this makes sense. For an example of a life lesson I learned check out this post about whether or not your socks have to match. I know, it sounds odd but it makes sense once explained, I promise.

Lesson 3. Do not follow tales of caution from people sharing them just for the sake of it.

Yes, I know this seems counter intuitive, but I have found that the ‘’rules’’ they come up with are very much fear based and not on something that has really happened. The thing is, when you are taking fear based actions, the actions you take are often very limited because you don’t want ”this” or ”that” to happen. All because you heard someone who has probably never been in your shoes say that ”this” or ”that” might happen. Is there any possibility of them being right? Yes, of course, however the chance of getting hit by a car is 1 in 47,273 and you are still steadily heading out where the cars are, so..? By deciding to do the safe thing, such as lock yourself in a bunker underground, you are robbing yourself of lifetime experiences. To be honest if I had listened to every cautionary tale said to me, my passport wouldn’t have any stamps in it and I would probably never leave my house.

Some of the cautionary tales mentioned in point three do make sense. The thing is they don’t suddenly make more sense when you’re abroad, even though it might seem like it. Yes I know some parts of the world are more dangerous than others but generally speaking those cautionary rules apply everywhere. It really comes down to trusting your instincts and asking yourself a question, which is so simple it might make you say an old school ‘’duh’’; ‘’If I wouldn’t do it at my home city, why do it here?’’ I already know the rebuttal. The experience I could walk away with and not every place is the same. This is where your own common sense feelings step in. I judge the situation, context and place where I’m at. If it feels like something that might be dicey, I walk away. Even in my home city I wouldn’t go find out what is shimmering in a dark alley at 1AM, so the chances of me doing it abroad are minus zero. I know minus zero doesn’t exist which is exactly what I am trying to say!

By not trusting on my own instincts I once almost missed out on a great meal. The restaurant was located at the end of an alley. My entire life people had told me never to walk through an alley alone so I trusted on that even though while standing in front of the alley I didn’t feel unsafe or like something unwanted was waiting for me at the end. I decided to trust the feeling I had and walked through. I relearned the power of trusting my intuition that day. Read more about my experience learning that lesson while traveling solo here.

Lesson 5. Grant yourself all opportunities

Take the chance while you have it. I have done so many things just because the chance presented itself, not because I had it planned. I mean I’m there in that moment who knows when I’ll (be able to) return? Do you know that feeling of really wanting to do something, being able to but for whatever reason walking away and later regretting it immensely? Yeah.. well I do and to this day it pains me. Traveling solo taught me that by taking action the reason for walking away, which for me is mostly fear, will dissolve. To this day I don’t know what possessed me to book those tickets to Milan, but my god am I grateful that I did and that I actually went. I was scared beyond words after booking but as soon as I arrived I knew I would’ve robbed myself had I listened to my reason to stay home. Which was; girls don’t travel alone, something could happen. Sigh no need to say it I already know.. I am different person now thanks to having learned my lessons while traveling solo.

Traveling solo will enable you to learn things a ”normal” vacation couldn’t. 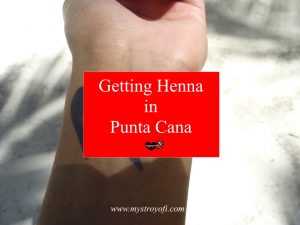 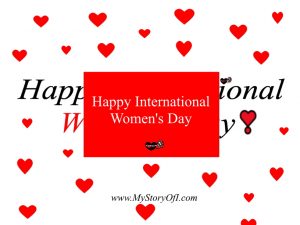 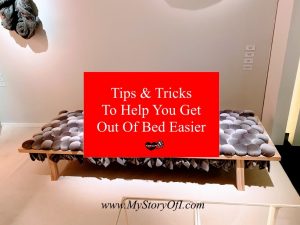 Previous Post: « Am I Living A Balanced Life?
Next Post: Fears and Anxiety: Could We Be Self-Manifesting Them? »