In order to make the upcoming year your year you need to not only know what it is you want to accomplish (click here for help figuring that part out) but you also need to make a year plan. A plan of attack basically. It was Thomas Jefferson who said:

This upcoming year I want a lot that I have never had so I am willing to do something I have never done. Scratch that I have to do something I have never done. As always when I do something new you come along for the ride. So knowing what all you want to do this upcoming year is not enough, it needs to be planned. Not just planned, planned in detail. At least if like me you have giant plans. Those plans need to be planned till the finer details. You know those that everyone skips? Yes, those need to be taken care off too. Let’s embark on the journey of making a year plan.

Last week we wrote down all the things we want to accomplish in the upcoming year. You need that list and

How To Organize Your Year Plan

While writing all that I want to accomplish I also filled in the things that I needed to do in order to accomplish that goal. Not in great details but the main aspects. These are the ones that eventually will be on the timeline.

Now to make a year plan not feel super intimidating, I decided to break it down per six months. Obviously not all things can be accomplished in six months, some need more time, some need less time.

I viewed my paper as a timeline. I took a A3 sheet and folded in half to just so I could see where the middle was when I opened it back up. Once open all the way on the left I wrote January-June and on the rights side of the middle line I wrote July December. See the image below for an impression. The months were added a later stage, we’ll get to that in a sec.

What To Plan On Your Year Plan

Now it is time to grab the list you made and start thinking about when you want to start working on something and when you want something to be finished. It is important to do both because of the planning. Let’s say you plan on starting to work on a project in February and think you need till June to work on it, you can just woofully plan new projects in April till June. When planning projects in those months you have to take in account that you already have one that you are working on during those months. If you neglect to do this you run the risk of over planning and sequentially overworking yourself.

I wrote the items at their beginning months, but did make a note on another piece of paper of when I expected to be done with the project so I could keep track and guard myself of the problems written above here. The items that didn’t start in January I wrote under them what month they started in.

Global Plans With Details Though

Now that we have the time frames written down it is time to overlook the things that need to happen in order to accomplish the main goal. I wrote them in different colors on the same piece of paper. Write them under the main goal as this will help to not confuse which goal they belong to. After that, we have to break it down even further. I now this is supposed to be a global year plan but when you don’t break it down even further you run the risk of not realizing that your overplanned for a period of time. So that’s why we’re breaking it down per month. This is easiest done per main goal as each one has their own time frame.

Here is where things get tricky. For me lots of them had time frames that overlapped. So take a new sheet of paper and write down the months. You can take lined paper or just a plain A3 sheet. Ohh and for the love of yourself don’t do this in pen, do this part with a pencil. Seriously, you’ll thank me later! I won’t tell you how many sheets I went through until I got to the perfect year planning cause it’s embarrassing! This is the moment where you start moving things around to make sure that what you have to do in the month makes sense with where you want to be in regards to all your goals together.

As I explained earlier, you need to take account the starting and the ending months as the period in between those times can overlap with other projects.

It’s here also where I reviewed what the main aspects of each accomplishment consisted off. Lots of them got broken down even further. Basically I kept breaking it down till I got to bite sized pieces. Why? Because I do not want to overfill my month. The more detailed you are the more you are able to prevent this from happening. Plus you will also have detailed your year plan and what I’ve heard is that the universe loves details. It needs details to help you out, just to give you another reason to get down to the very fine print here. I did however write the finer prints in a separate notebook, where all my plans are written in, and put the cover items on my month planning. I found this looks neater and more organised.

Once the months are planned you’ll be back to where you are every month, which is breaking your month down to your weeks and then days. I personally haven’t done this yet. I found that this gave me anxiety because for example March is very far from today and I do not know where I will be as a person and with my life. So for me it is sufficient to have broken down my goals per month.

Find the secrets to making sure your new year’s resolutions don’t fall flat by February but actually succeed by December! You can join the club here! Ps. Once in the club you’ll have me there to ask questions to directly!

When I do all the things I planned in every month I know that at the end of the year I will have accomplished all my goals.

Need a place to keep the plans you just made in an organized fashion? This day planner is perfect for that. With this planner you’ll have your year plan, month and day planner all together! It’s also the one I use to keep myself organized. 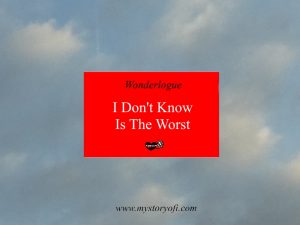 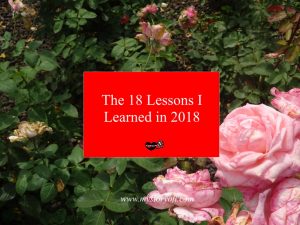 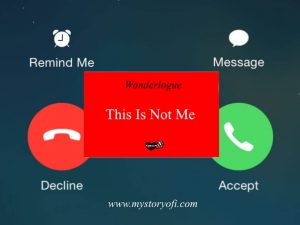 Previous Post: « How I Watched A Classic Christmas Movie At The Cinema | A Christmas Miracle
Next Post: Looking Back On 2017 »