MIX17 has shaken me to my very core. I had thought to learn about what it’s like to be an migrant entrepreneur. I did get an insight in that, but I also got a lot more. When I say a lot more I mean a huge amount more. I walked out of the event feeling touched, moved, inspired and motivated. I am shaken up in the best possible way. Before I tell you more about why I felt so many emotions at once let me tell you how the event was set up. ‘’Migration in the 21st Century: Meeting the challenge seizing the opportunities’’ was the topic of the MIX17 event organized by FEPS. During the event several migrant entrepreneurs shared and debated with the moderator over the aforementioned topic.

I always say that everyone has a story, a reason why they do what they do. Hearing the stories during this event moved me for several reasons. All of them have had to face hardships and all of them decided to persevere. Another aspect the speakers had in common was that they all had a very strong why. A reason for starting their company, besides the pressing motives. I knew finding a job is stressful and hard, I just never realized how hard it can be as an immigrant. Hearing their stories made it real, made it understandable and made me hold my heart and hope that something changes quickly for all the ones still at the beginning of their migration process.

I just have to share this one story because it hit home immediately, which was the story of a Syrian refugee who is creating a better tomorrow today for every refugee with his company. Those are my words not his. The hardships of just getting to his hosting country are things you read about in the newspapers, thinking that some of it is exaggerated for better sales. After tonight I no longer wonder how much of it is exaggerated, I now wonder whether the people who have braved through it all have been done justice in the description of their challenges. He continued to share his story of trying to find a job to the point where he decided to start up on its own. He decided to create his own job. I applaud him for that.

Not just him, all of the speakers. They together gave me an insight in what it’s like to start a business as an immigrant. They also made me realize that the only thing standing in the way of me owning my business is me. I did the research three years ago, for me it comes down to having 50 euros and my passport. All other documentation will be filled in at the registration office and the rest mailed to my house for me to fill in. After hearing that one person had to have a certain amount of time pass before they could even start the process of registration, it just made me ask myself ‘’Why are you not registered?’’. I now really have no reason not to be.

After the entrepreneurs spoke the president of FWD.us took to the stage. He explained what FWD.us does. Hearing him speak gave me hope. Knowing that there are people on the other side of the political world working to change the laws that are, boldly said, holding back migrant potential is hopeful. Especially since in Europe, where I am based, that is also the case. I heard that in the speech of the Deputy Secretary General of the Party of European Socialists. Some of the current facts in the situation are scary, but as long as we continue to make the people in power aware of the real situation at hand at some point change will become inevitable.

I cannot properly express how grateful I am to have been able to attend MIX17 organized by FEPS. Even now, hours later I am still emotional and moved by what I heard. My Story Of I is forever changed because of them. I have never opposed migrants, but having heard their stories underlined that even more. After MIX17 I have properly been made aware of some of their hardships, for that I am thankful. I can’t help but wonder whether making people properly aware of the situation at hand would make them stand with immigrants as well. I know that I now stand with immigrants even more.

The journey is challenging, but together with perseverance we all will come out on top. 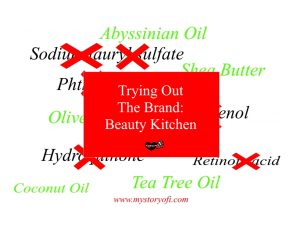 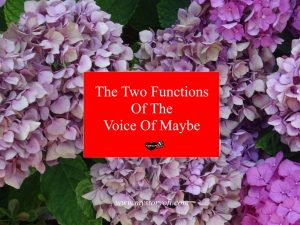 Previous Post: « Facing The Mirror Of My Own Creation
Next Post: 4 Activities That Will Make Your Life Easier »