As I said in my previous post about Manchester I have done a lot in my two days there, more than I originally set out to do. I’m obviously not going to give you an hourly play by play, just my very properly packed two days Manchester Itinerary. By the way I learned not one but two life lessons in Manchester. The first being to read properly.. and the second that when you have the chance take it. Had I forgone Manchester as I did with Croatia I would’ve missed out on a lot of my own happiness!

First I went to Piccadilly Gardens because I love wandering through parks and/or gardens. Well it turned out Piccadilly Gardens is more of a square with a fountain and some trees. Nevertheless, all put together, it looked very beautiful. Also, never in my life have I seen so many pigeons frolicking around. At some point they all decided it was time to move which scared me because so many flared up at once. I took that as my cue to go. As I continued wandering I found myself in the shopping district of Manchester.

All I can say is wauw, so many shops. I loved it; Absolutely loved it. Especially the fact that even when the weather is trying to keep you inside, you can still go shopping because they have a wonderful mall called Manchester Arndale. It took me quite some time to walk it in full. I was determined to do so because I have shopped my way through Dubai Mall and Mall of the Emirates, Manchester Arndale must be conquered as well. Also there were lots of other shops which I don’t normally come across, such as House of Fraser, Harvey Nichols and Selfridges & Co., just to name a few. There are so many more! Also the secret is out; I love department stores. There’s a special place in my heart for stores where I can walk out with a full outfit not (necessarily) from the same brand. Another secret is also out shopping is often times part of my itineraries, therefore it couldn’t be missed when planning my two days in Manchester itinerary.

The Hidden Gem and the Gay village

I told you that Manchester is divided in districts. One of those districts is called the Gay Village (I discovered while fine tuning my two days in Manchester Itinerary after obtaining a map of Manchester at my hotel). Now I couldn’t possibly have left Manchester without having a wander through the Gay Village. Surprisingly it didn’t have much extraordinary to it, apart from the name. Well, there is a club and a place with illuminated letters on it. The letters spelling out GAY. I think it’s a bar but I’m not sure as it was closed unfortunately. After the Gay Village I went looking for The Hidden Gem also known as St. Mary’s RC Church. They don’t call it the hidden gem for nothing. I walked the street it was on up and down about five times without finding it. I went around to see if I could find it from the backside, but nothing. My quest is not over yet. When I return to Manchester I will go look again! I must find it!

I didn’t continue looking because, well, frustration and I wanted to go to the libraries. I love reading, so having a wander about in a foreign library is something I love to do. The Central Library of Manchester has a study room that I would just love to spend hours in. It has floor to ceiling racks of books, it is round like a dome plus everything is from dark wood. It is the kind of room that reminds you of libraries in old movies. Everything seemed frozen in time. It looks so beautiful. In the Central Library I also saw the exhibition: Shirley Baker: Airport ‘87. It showcased the development of Manchester Airport and also the development of the people that passed through it. Style has really changed over the years! So has the airport by the way.

In The John Rylands Library I visited an exhibition about the reformation. Luckily I did because it led me through a great part of the library. They have truly interesting sections, even one that includes the late Lady Di, May she Rest In Peace. The most interesting thing about The John Rylands Library is at the end of the exhibition there was a board with the question; ‘’What would you change about the world you live in?’’. Next to it were some cards which people could fill in, nosy as I am I read a few of the answers which were quite interesting. I also filled in a card, because it felt like the right thing to do after being nosy.

The building itself is beautiful since it is a perfect mixture of modern and history. I decided to go all the way up the stairs to the top floor which gave me a better look on how the modern style perfectly flows with the historic build. Those stairs made me painfully aware that heights still scare me because I trembled my way up. Very proud of myself! I did take the elevator back down. I was not willing to tremble my way down, that is one step that I’m not ready to take just yet. You know you can actually see how far you’ll fall when trembling down or for the bravehearts walking down.

I am still in awe over my wonderful lunch in Manchester. Let me start by saying that besides it being delicious it was also exactly what the doctor ordered. I needed to rest my legs since I was wearing heels, I also don’t know what possessed me. I went all over Manchester looking for a restaurant where I could have a steak and fries for lunch. Luckily I found this alley where Blackhouse was located. At first I was a bit hesitant to go in because well it’s in an alley, but my god would I have missed out had I not gone in. Upon stepping in I was greeted by a very nice maître d’, who told me they did just add steak frites, as they call it, to their lunch menu. I’m telling you wandering will get you places! The atmosphere in the restaurant is nice, calm and very pleasant. After my steak frites I had a triple chocolate muffin for dessert. I wasn’t on the market for a dessert but it was complementary with the lunch menu so then who am I to turn down a delicious triple chocolate muffin? And let’s be honest a muffin is always a good idea, triple chocolate an even better one. Stating the obvious here but it was delicious, all of it. It was the perfect moment of rest during a day of wandering.

That was my two days in Manchester itinerary. I can’t even imagine not having gone to Manchester, it made me realize how I want to shape my world. I guess I know what I would change in my world, and you? What would you change about the world you live in? 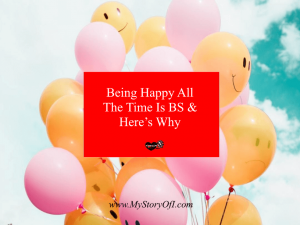 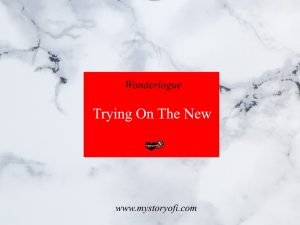 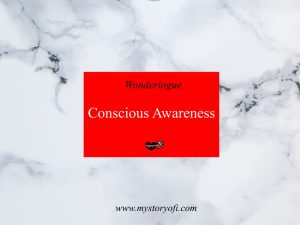 Previous Post: « Beauty: One Ingredient Lip Mask
Next Post: How To Prioritize and Find Your End Of Year Goals »