Last week I told you about the TED talk by Heather Lanier. She got me thinking about how we can possibly benefit from not judging situations in our life. Instead of categorizing situations as good or bad we leave the field open and say; ‘’Good or Bad, hard to say’’. I still find this idea very novel but have put it to practice and have to admit it does liberate some mental space. Liberates or gives mental space I have yet to make my mind up about that. Either way let me share with you how I have started implementing the, what I now call, The Farmer’s Theory.

The Real Name Of The Theory

So after doing a whole lot of browsing around on the web I have come to the realize that the farmer’s theory is whole lot more and actually has a somewhat official name. It’s called The Parable Of The Chinese Farmer or The Taoist Farmer Parable.

Parable means story to illustrate a spiritual or moral lesson. There’s also a connection to Jesus but I am leaving that out as not everyone is a Christian or Catholic and it also doesn’t add that much more in terms of meaning. For complete clarity not discussing that also doesn’t hinder your understanding of the word as not knowing doesn’t substract from the meaning.

A Taoist is a person who follows the Chinese philosophy Taoism. The Taoism philosophy is all about living in harmony with the different factors of life, or in summary with the universe. This is a very short description as there are a few more aspect but they are not relevant right now.

I somewhat mistakenly dubbed the parable the name ”Farmer’s Theory” while in reality it is a piece of a bigger philosophy that is definitely worth looking into as I think trying to follow the full scope of the philosophy can give even better insights in how the Taoist Farmer’s Life Theory can be a positive influence on your life.

The Positive Effects Of The Taoist Farmer’s Life Theory

1. Stopping the story of it IS good

There are certain events in our life that are deemed by society as good. Even though for you it might seem and/or feel a little sketchy. This feeling is easily overwritten has the majority of your surrounding will have ”valid” reasons ”proving” you wrong. Thus effectively stopping you from have a moment with yourself to check in and see how you really feel about a situation and what you really think.

Stepping onto the bandwagon that something is good is really easy to do. I mean we all want more positive experiences for ourselves right? However by taking a seat on the bandwagon you actively stop the important question that needs to be asked: ”Is this actually good for me?”.

I have found that the sketchy feeling is coming from my intuition telling me that something is off. Does this mean that disaster is about to strike? No, of course not but something needs to be changed that’s for sure. By saying ‘’Good or Bad, hard to say’’, the voice of my intuition has gotten clearer because it’s not being suppressed by the ‘’fact’’ that something is inherently good. There’s room to explore or not explore which previously there wasn’t as an answer was desired and now the answers are just possibilities. By doing it this way I have become a little more autonomous in writing my story.

Letting the answer of the question ”Is this actually good for me?” be in the middle has also helped tremendously with stopping to ruminate in order to find a satisfying answer to the question. It might seems as if anxiety might be waiting right around the corner but that is actually not the case for reasons I’ll explain in point 2.

2. Letting it go is way easier

I wonder endlessly when something seemingly bad happens. The keyword here is seemingly. Saying ‘’Good or Bad, hard to say’’ means that the story of it being good or bad doesn’t get set up. The only story that there is, is the story of what actually happened. Or the one of how you experienced what happened. In a sense these are factual stories. Note that the keyword here is ‘’in a sense’’. Seeing that those were my only stories I ruminate less. The notion of ‘’It happened and there’s nothing I can change about it anymore’’ kicks in sooner. Meaning I’m able to let it go and just let it be.

I want to go back to the keyword seemingly. The word seemingly and anxiety make the best of friends, which of course if not good when you want stop being having anxiety in your life. However the Taoist Farmer’s Life Theory did one thing that was a bit unexpected but very welcome. By using the saying ”good or bad; hard to say” I also got reminded of the fact that I can’t control the outcome of everything I do. This of course doesn’t mean I shouldn’t try my best for a positive outcome but what a positive outcome is got redefined in a way. Specifically when the best possible outcome didn’t happen, I learned to be happy and/or curious about why in a way that’ll reveal itself to me later.’

Walking further into that territory it also constantly reminded me of the unpredictability of life. So even if I think or better said I have concluded that something is good I might still be wrong. The saying in this way opened my mind to the possibility of good and bad having an equal chance of being true for my future. Which honestly has been fantastic.

Who here hasn’t gotten annoyed about missing a bus or train? Or getting cut off in traffic? Watched an elevator get closed right in front of you? There are millions of these little annoyances whose effect on our moods are not so little. I too am very guilty of this “sin”. Every time I see the bus drive away right in front of me, I get a little frustrated I must admit. Now after applying the Taoist Farmer’s Life Theory I get way less frustrated, which means my days get better because I am not consumed with the little things.

To give you a real life-happened-five-minutes-ago example, while I was editing this post from my phone at the kitchen table my father started talking to me because he was bringing stuff to the table. I looked up and simultaneously started moving my chair, which made me move my foot. My father kept walking towards the table and accidentally stepped on my toes, even my fragile pinky toe. The most frustrating thing about that is not the fact that my father had stepped on my toes, no the fact that somehow anything toe related hurts way longer then, if you ask me, is necessary. Now having learned the Taoist Farmer’s Life Theory instead of being consumed by the above stated fact, I said; ‘’Good or Bad, hard to say.’’. Even though I am leaning a little towards the latter to be completely honest.

When applying Taoist Farmer’s Life Theory to my life the above three were the things that stood out the most in terms off making My Story Of I even better. In what ways has this theory/story improved your life? 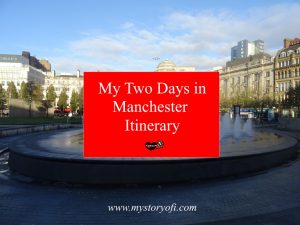 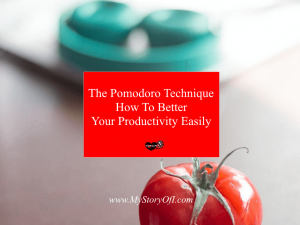 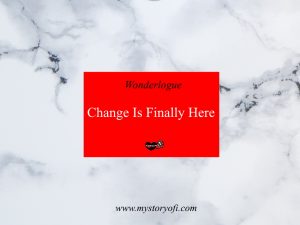