I have some news to share. My episode of Punk’d has ended, which is good or bad; hard to say. Either way about two weeks ago I said that I am starting to see how my words have affected my surrounding (read about it here). This week I also got a confirmation of how I deal or, well technically,not deal with situations has had its effect. We’re not talking a little effect either, this one has been major. At least for me. For the first time this year my sense of autonomy has been altered.

What you allow, will continue.

-Unknown (To me at least)

In the beginning of 2018 I was telling you about certain behaviors that I just don’t want to deal with anymore. Behaviors that I display, others display and everyone in the middle displays. It just doesn’t fit the lifestyle that I want. It’s not helping me with anything, except give me headaches and spiking my anxiety. Really, who needs that? What I didn’t tell you was that I have put my money where my mouth is. I just simply decided to not entertain any of it anymore. I did what I was scared to do with so many things. Simply show my sense of autonomy and not entertain it anymore.

I just can’t help but wonder why was I so scared to just walk away AND burn the bridge? Walking away, yes I have done that many times during this journey, but burning the bridge as well? That has always been too daunting. Until now, I lit up my match you guys and it feels amazing. I didn’t realize how amazing it felt until I had to explain to someone why I reacted the way I did, I had to explain why they didn’t get any reaction out of me. During that very short explanation I felt so proud of me.

It was in that moment that I shed another part of the world’s grip. I liberated myself and came closer to who I am at my core. Another part of me has been revealed. I am strong enough to stand up for myself and to fight for what I want. Better said not fight, but well you get it, right? Becoming stronger everyday. I just can’t help but wonder whether my journey would’ve been a little less bumpy had I lit the match sooner. Something I will never know, unfortunately.

Also, I still can’t help but wonder about time. Not in a sense of where is it going but more in a sense of what took me so long? The same question I asked myself standing in front of Duomo while being in Milan, Italy. I don’t know maybe it’s because I am sick that I am realizing that I still have a lot of dreams left to realize. I don’t know I just can’t help but wonder. When explaining why I didn’t give a reaction I felt something in me change. I felt a new sense of autonomy.

I can’t help but wonder how can it be that in the midst of being the least autonomous I feel more autonomy than.. well.. ever. 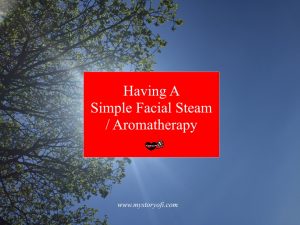 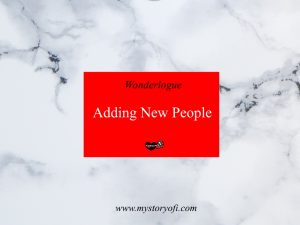