One of the many great advantages of living in Europe is that you can walk to another country. At least, I literally can. Okay this does depend on where you live but I assure you, a lot people living in Europe can do this. Now since walking can only get you so far and can be tiresome there is another great option. Flying! Since all the changes in the economy, flying has become really cheap and even better, we now have a lot of budget airlines in Europe. So if you live in Europe you can travel Europe without breaking the bank. Seriously I went to Hamburg, Germany for just 8 euries! Did I mention that it was the price of a return flight?

~~Mind you though; all the lowest prices mentioned for the cheapest budget airlines in Europe are what I have seen while doing research for this post. I checked the prices when flying from and to different airports in Europe and during different periods. Know that the prices given are not a guarantee and they can and most likely will change depending on your departing airport, destination and travel period. Prices for all budget airlines mentioned are for one way flights, unless specifically mentioned otherwise.~~

An airline based in Ireland but flies all over Europe. They also have bases at the biggest airports in Europe. Don’t worry the smaller ones are tended to as well, which is one of the great things about them. Tip: check their website often for great deals! I have found flights for as cheap as 3 euros during sales. Generally they have prices starting at ~10 euros.

Another tip which I can only make clear through an example is; If you, for example, are flying to Milan and from your nearest airport they only fly to Bergamo still book that flight! Why? Even though Bergamo is about an hour away from Milano, Ryanair has a bus service that can take you to Milano for 5 euros (Last time I went), I generally hope they have this in other cities as well.

Milano, Italy should definitely be on your must-see list! You can find my Milano Experiences here.
Also, as Milano is in Europe the chance of you being able to get there with one of the airlines mentioned on this budget airlines in Europe list is unsurprisingly high. Use the money you saved on a gelato!

Also last-minute booking is something you can easily do with Ryanair without breaking the bank. Yes the prices are a little higher for it being a European budget airline but it is not a bank breaking difference more in the ranges of 10-20 euros in comparison to the cheapest ticket possible for your flight. Mind you though for more popular locations, such as beach locations during summer for example, the price hike can be quite steep. We’re talking 100+ euros. In that case I wouldn’t necessarily book with the but look at other airlines that offer return flights for that price.

Update 25-02-20: Ryanair has updated it’s flight prices and packages with serious consequences for your wallet.. But not to fear it is still on the list of the cheapest budget airlines in Europe just with a lot more, in my opinion, weird options. So when booking they still show you the cheapest price however this price (this price is also the one used in ads!) is one that will literally just take you and a small handbag to your destination. The price does not include a carry-on. This price is called the value price, they also have the regular and the plus package which do include a carry-on (plus two more but those, to me, are not worth it when flying budget ). However for the latter two you easily pay €20,- and up extra for your flight (the regular comes with 10kg carry-on and priority boarding).

Here’s how to hack the system. Instead of booking the regular price which feels like the right thing to do, go for the value price instead. During your booking Ryanair will always ask if you want to add some extras (they are not leaving that extra €€€ on the table of course!) such as luggage, seat, fast-track etc. You want to either, as an extra, book priority boarding because it will allow you to bring a 10kg carry-on and obviously give you priority boarding but better yet the prices only vary between €6,- and €14,-, which is way less than €20,- and up. The other route you can take is, as an extra, book a 10kg carry-on for between €10,- and €17,50. Obviously €17,50 is higher than €14,- but sometimes the priority costs more (so between €10,- €14,-) than just the carry-on so that’s why it sometimes works out. Obviously choose the cheaper option.

These two ways of working the system should always be compared to booking the regular price because sometimes, to my knowledge rarely, it might be the cheaper option.

Easyjet is a British airline company that can take you to over a 100 destinations. Finding a flight in your neighbourhood should be relatively easy as their bases are quite well spread over Europe. Another thing those 100+ destinations even include places outside of Europe. Hello Egypt on a budget! The cheapest price I have seen for Easyjet is 10,- euros one way. Which is not a bad starting offer!

An Hungarian airline that can get you to about 140 destinations however this is very dependent on where you’re departing from. Wizz Air works best if you have a few airport options that are relatively close to you. This can seriously broaden the destinations they can take you to. The cheapest flight for this budget airline that I have seen is 10,- euros, I did check for several airports. Using their fare finder really helps, especially if you have no set date in mind. Also in their fare finder you can see the flight times in one nice overview, which I find really handy when booking weekend trips when you still want to work the Friday. Last-minute booking is not the best option with them. Leaving a month in between generally gives you the best chance at the lowest price.

A Spanish company taking you to all the colder parts of Europe. They fly to a lot of destinations however that thoroughly depends on where you are flying to. Vueling works best if you are going to Spain. They of course fly to other countries as well, but if you are not in Spain and trying to fly Vueling to a non-Spanish destination things get a little trickier. Trickier, not impossible! Even with that ‘’limitation’’ they are not expensive. You can search on budget or if you are really flexible on your dates you can check the calendar for the best flight prices. The cheapest flight I have seen is 25,- euro’s.

A partner of KLM, Royal Dutch Airlines. The prices start generally from 25,- euros and they have a good coverage of destinations to which they fly to and from. They, depending on where you are flying from can take you all the way to Dubai for 150 euros! Now I know that is no longer really budget or Europe but hey it is cheaper than what I paid for my flight to Dubai and cheaper than what I have seen for flights to Dubai in general. So I thought you should know.

Another reason why they belong on all best budget airline lists is because they do a lot of deals! If you use my hack you’ll always be up to date when they have even better deals than just their regular cheap and budget friendly flight prices.

A German low budget airline with one way flights as cheap as 15,- euros. They mainly focus on Germany, United Kingdom and South Europe. I know that South Europe sounds kind of vague but you should think the classic warmer areas of Europe such as Ibiza (Spain), Rome (Italy) and Athens (Greece). They have a more limited destination list of 79 but the most popular ones are definitely on their list. You know, the ones that are backdrops of a lot of movies.

I am sure I left a few ones out because I didn’t know about them, if so let me know. The fact that we have these amazing budget airlines in Europe is something we should take absolute advantage of, at least that is if you ask me! 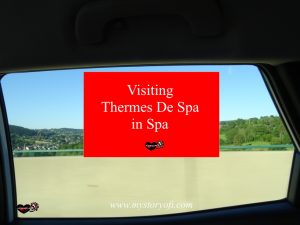 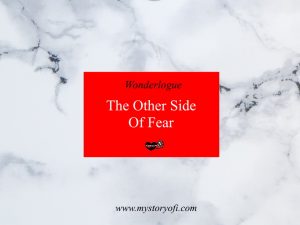 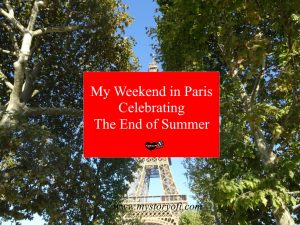 Previous Post: « Morning Motivation; The Question to Get you out of Bed
Next Post: The Year Of 24 »