This week has been a week of trying on the new and seeing if it fits. While trying on the new I, as expected, stumbled upon some things. Some good, some bad and some that I don’t know what to do with. I’m guessing that I’ll figure the latter out later, or it’ll be figured out for me. Either way is good. Not only have I been trying on the new I also have been going through a range of emotions. No, not like they are portrayed in movies as in crying in one minute and absolutely dying of laughter in the next. For me it was a lot more nuanced as it is with everybody? I’m assuming? Through all this I have had some new parts of me be revealed to me.

I don’t know exactly when it is the mind gets stretched but I’m pretty certain that mine has. To the point where I no longer enjoy a nap. I was tired and totally being unproductive so the best thing to do was to pause my day, rest and then continue. I was excited to get two hours of blissful naptime however I didn’t nap at all. Well I had my eyes closed, but my mind was wide awake. So awake that I worked out an idea that I had been fussing over the entire week as if it was nothing. Then there’s another aspect that caught my attention. Stress. Due to the changes that I am making my world is getting a shake up. I’m trying on the new to see if it fits, obviously this brings discomfort and stress with it. I totally expected it. Along with that I figured my hives would flair up as well. In reality there was no sign of either one; stress nor hives.

Every time that something unplanned showed its head I was calm. I calmly and steadily figured it out. I also figured out a lot that I was doing wrong which normally frustrates me beyond words. But now I just quickly threw it overboard and did it in the way that functions better. I never felt stressed, it was more of a pressure. I know pressure has a negative connotation to it, but I just don’t know how to describe it better. Perhaps, a pull and/or push of urgency or drive. I don’t know. I can’t quite put my finger on it.

But then on the other side, the side of all my unditchable* obligations I did experience normal stresses. Nothing major or out of the ordinary but still. It got me wondering about the different kinds of stress. Could it be that the source plays a part? Or is it because I knew that with creating a better tomorrow I would face unforeseen hiccups? Is the stress in the knowing? Or better said in the not knowing? Following the rules of logic not knowing would be stressful. But then again this is life, very few things follow the rules of logic which brings me to another train of thought.

‘’Once you make a decision, the universe conspires to make it happen.’’

Could it be that because I made a firm non-negotiable decision to raise the standard in my life that indeed the universe is conspiring to make it happen? Is the universe showing me things I have yet to realize? Such as the fact that I had plenty of sleep so a nap is not necessary? Or that stresses stem from things we don’t want to do and the other is, as they say, ‘’Healthy stress’’? I have nothing to complain about, I just can’t help but wonder whether it is my mind that has been stretched or that the universe is giving me a hand or perhaps both?

As long as the wind is blowing in my sails I might as well enjoy the ride.

*This word is found in my personal dictionary😊 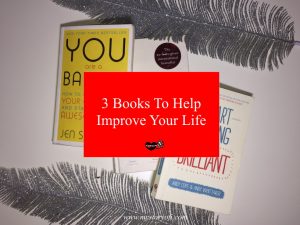 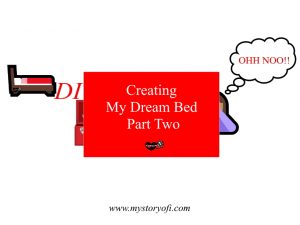 Previous Post: « The Power Of Words: The Colossal Influence On Your Life
Next Post: Cheat Meal Having Pancakes For Lunch »