Do you remember as a child being crazy excited for Christmas morning? Or for your birthday? Going to bed super early the previous day so tomorrow will come sooner? That is exactly how I am when I know that I will be flying to a new destination. Until this month. For Manchester I was the least bit excited even though I really wanted to go on a trip. I just woke up and did all that I had to do and took off. This got me thinking about the standards in our life. Or well, in my life.

For some reason getting up in the middle of the night to go to Manchester didn’t feel special but felt right. Right because frequent flying is what I desire to do. It reminded me of what I read in You’re a Badass by Jen Sincero. At some point she shares a story about how she was due for a new car. She had two options one that was good and well priced or one that had all the bells and whistles that cars could possess which obviously raised the price far further than was in her comfort zone. Yet she loved the car and ultimately bought it. She bought it because it represented who she wanted to be.

Me going to Manchester suits who I want to be. Remember that I told you about the conversation I had with my trustee a couple weeks ago (Read about it here)? I had found an amazing opportunity to go to Croatia which meant me missing uni for a couple of days. When I told my trustee the idea they said it would be best to forgo traveling in favor of when uni ‘’allows’’ it. I just can’t do that. I’m so much more than a student. I’m a writer, I’m a blogger, I’m a designer, I’m a traveler and I will be a business owner. Nowhere in that summation does it say ‘’just a student’’, because I am not.

I came back expecting havoc to have been wreaked upon my life. Nothing happened. Everything was just as I left it only I have come back different as I do after every trip. I just can’t help but wonder was my trip to Manchester the equivalent of buying the car? She immediately came up with a way to pay for the car, which she doesn’t think would have happened for the safer option. The fancy car immediately raised the standard in her life of what she saw as possible. As is exactly how I feel.

I knew deep down inside I can be flying, writing and designing much more than I do right now. After coming back which has been a short week I actually have put more to paper than in the past month. I made new plans and raised the game. I’ve decided to completely reevaluate what it is I spend my time on and see where I could get some time back. Also reevaluating everyone in my life and how they are affecting it. In a way going back to the drawing board. Although it doesn’t feel like starting over, it feels like I’m adding the fine print. As if I’m dotting my i’s and crossing my t’s.

My standard has changed. What I expect from myself has become more. However I don’t feel anxious at all. I feel a sense of fierceness. That even if I want to stand in my way, I have to move too. I just can’t help but wonder whether it was the trip, all that I have been feeling the past weeks or maybe a combination of both that has led to this revelation. Realizing that we only have days, weekend, work days and all that is society nonsense, made me aware that I own the days (read further about that realization here). So I’m the least bit upset about missing uni, but every bit excited for my next steps.

I wonder whether it is true that when you are ready a new door unlocks. 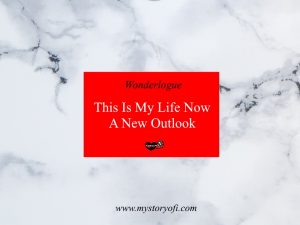 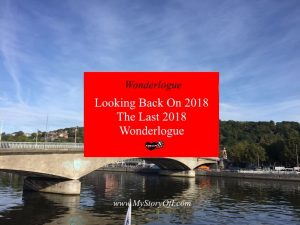 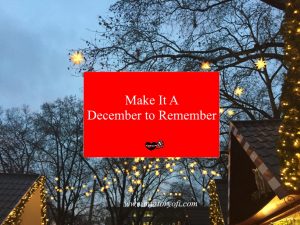