It’s been awhile since I’ve uploaded again. It’s because I’ve been battling time once again. Honestly my relationship with time has maybe become a full fledged obsession, I am sad to admit. Can you believe that this new year’s we are not only starting a new year but also a whole new decade?!?! Obviously in true me fashion it got me wondering heavily about the past 10 years and those to come, but mostly about all the things I’d still like to do this decade, what dreams still need realizing before the clock strikes midnight and end the decade.

Can you believe that in the years writing My Story Of I I somehow made it all the way to 25 years young?! I refuse to say old, as I am hanging on to my youth with all that I got. I still can’t accept that the next decade I’m expected to be an actual adult? Like an actual functioning adult. Even though I’ve always been more mature than any age I’ve been, I still wouldn’t say I’m a full fledged adult. I can’t help but wonder when do you know that you are an adult? More importantly will I ever know?

It’s so remarkable that this decade in some way fully enclosed what is by society defined as my youth, 15 to 25. As of next year I suppose I’ll officially be old enough to know better but young enough to still do it. Daunting thought seeing there is still so much on the to-do list, even when I have been realizing a lot of dreams already. Is it weird that I want some dreams to be part of the chapter youth? In the sense that I’m partially motivated to realize certain dreams this year because I want them to be a part of this decade that somewhat perfectly hugs my younger years? I can’t help but wonder.

The other part on which my motivation runs is the time I’ve been wanting certain changes. Some of them I have been wanting for the longest of time but because of being scared never did anything to accomplish them. The decade ending has put a world size gallon of oil on my drive to realize certain dreams. I can’t help but wonder why it is that when time is supposedly ending fear no longer plays a role? I guess I can’t help but wonder how it can be that time will make the biggest hero out of everyone suffering from fear supported cowardice? Could it be that time is the queen that can beat every pon on the board that is called life?

Whatever the answer is, all the above was enough for me to take big steps for My Story Of I. I have once again changed the look of My Story Of I and finally added things that I have been wanting to add for the longest of time. I have *finally* done the scary thing and made the YouTube channel for My Story Of I and not only that I have actually made a video and made it public so you can see it too! Even though I type this as excited as can be, best believe that when I clicked publish I was manually pumping my heart.

I was helping my heart out even more when I uploaded the video on the homepage. I have always, really since the OG plan for My Story Of I, wanted to have an opening video instead of a welcome text. The happiness I feel now when going to the homepage is indescribable. Also being able to re-add the email subscription the way I think actually compliments My Story Of I and the greater vision I have is just beyond imagination. What is even harder to imagine is all the posts I’ve written in the three and a half years that I’ve been writing for My Story Of I. I’ve started updating them to match the latest standards and the growth I read in them is more empowering than any peptalk, and I’m not just talking about my wonderlogues.

I can really say that the past two months I have been realizing all the dreams I had for this decade that I can still realize. Unfortunately I didn’t make it to my deadline of December 1st 2019. This because I have been sick again off and on, even now as I am typing this I am just coming off of new medication that absolutely messed up my system. I noticed too late, so intervening and getting back to a state of ‘’okay’’ is still in progress, which I am incredibly happy and grateful for. For now I am taking things one step at a time, even though that means launching a little later. Health comes first!

Recommended: Sacrifices To Stop To Stay Healthy While Trying To Succeed

It is now time to fully get into the festive season and also prepare for a whole new decade. Oeff.. The thought still falls heavily. I mean I am used to planning an entire year, but a decade? A decade is 10 whole years! Best believe I’ll be wondering about this the entire month of December. Well, in the moments where I am not making this last month of the year and decade a December to Remember.

Is it weird that I kinda super like that the last month of the decade I’m heavily focused on realizing dreams, even more than I already have and ditching more fears? 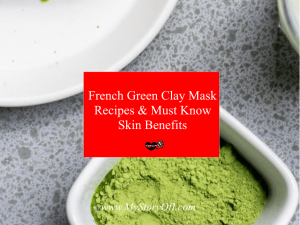 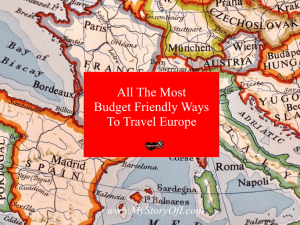 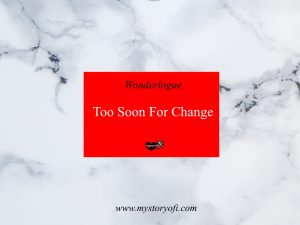 Previous Post: « Self-handicapping: How It Could Be Sneakily Ruining Your Life
Next Post: The 10 Life Lessons I Learned In The 2010s »