Four years of My Story Of I, what an achievement. Of course a big reason to celebrate. Normally I’d be exploring somewhere new, however this time and year we are exploring something new, staying in. That absolutely doesn’t dampen the fun but it does bring forward one of the main reasons for starting My Story Of I namely trying new things and that is what’ll be discussing today and also giving an overview of the shenanigans that summarize year four of My Story Of I, because behind the scenes a lot has been happening.

Looking back on Four Years Of My Story Of I

As per usual I have no idea where to start. It kind of feels like I skipped a year? You know 2018, 11th of January I got sick, which was stressful and wauw. 2019 was a year of figuring things out, me, My Story Of I and everything in between. Basically learning how to stand on my own two feet again after 2018. However now in 2020, the start of it felt just like 2016, the year I started My Story Of I. It felt different, it felt good and exciting, especially because in late 2019 I started working on new projects, which I am very excited about as they are about to launch. A new year, let’s do this.

Okay yes I cheated a little. I didn’t start on January 1st 2020, I started late June, early July. We’re going to call that preparation, because the first half of year four of My Story Of I, I was still learning how to swim in a sea I had never seen before. I never spoke about this but the after effects of having been so sick to the point of not being able to carry my own weight, walk more than 10 meters or sit straight had been too much. I kept going steadily for way longer than I should have. I should have hit the breaks, but instead they hit me.. You should’ve seen that one coming. I should’ve seen that one coming.

Obviously I didn’t because I came crashing down without a landing spot. Well that might not be completely true. My landing spot is here. Without it I don’t know what would have happened. The thought alone scares me very much. So let’s move on from that and go to Paris. I had two really scary moments happen in year four. One worked itself out and led me to Paris, the other, the sickness we’re dealing with it. It’s going to be okay, is what I am choosing to believe. Anyways, let’s go to Paris.

The something new in the 4th year

As I said in the post about celebrating the last summer weekend in Paris, I had the most perfect few days. You probably don’t realize but that was my first solo trip after coming back from Lima, Peru in 2018. So it had been a while since I had gone traveling or even wandering. The time between those trips was when I was not okay. You can clearly notice that by the lack of posting about the important things, such as the celebration of My Story Of I’s three year anniversary. I did make a cake and ate it the way they do in the movies. Cake+fork that’s it. No shame, it made me feel better.

So being in Paris by myself, something I have wanted ever since I started traveling by myself in 2016, was such a liberating, energizing and eye-opening experience. I retaught myself that I would be okay and more importantly that when I love myself and celebrate my life I flourish, which is the motto of My Story Of I and is what year four has been all about. And 2020 for that matter. Trying new things, getting out of my comfort zone and celebrating my life again. One could also say that I’m still alive but that sounds grim on this festive day so we’re going to skip over that as well. Basically, I am learning the guidelines I set for myself back in 2016 all over again and I am loving it.

There is one moment of my Paris trip that I kept to myself that I really want to share now, because it is so special, wonderful and makes me feel all the warm fuzzy feelings that days like this bring. As I said I wandered around admiring the City of Lights for hours, however I did stop for a while because at Trocadéro, the place where you have beautiful views of the Eiffel Tower and Paris, there was a street performer playing mostly Latin songs reminding me of many Saturday nights I wasted in Lima enjoying music and dancing. Doing that over in the mini version, because we’re in Europe and public open space dance parties are pretty limited, felt amazing. Parisian location, Latino vibes I’m telling you it’s a good combo.

Recommended: My Weekend in Paris Celebrating the end of Summer

After coming back from Paris and having a lot of time to think while wandering it was time to start setting up all the projects I have been talking about for months. We’re getting there. I am hoping that right now we’re dealing with the last unforeseen kinks and a new launch date can happen soon. As you can already tell the second half of year four of My Story Of I didn’t go quite as planned, the launch date got moved but also plans got effectively cancelled because of COVID-19.

I know I have been keeping quite mum about the situation but you can believe that I am reading the news and keeping up to date with how things are going globally. I sincerely hope that you wonders are staying safe and healthy. In the meantime, even though the big plans were cancelled lots of little plans continued. When I said just now that I am going back to the basics of 2016 I was not kidding. I have been having the most amazing dance parties by myself at home. Dancing to Bachata or Disney songs whatever I am feeling at the moment. Yes, I know I am 25 and listening to Disney Songs. No shame. Smiling and happiness is the goal and everyone needs a break from adulting from time to time, no?

Next to having great dance parties I also made some changes to my day to day which made the fourth year of My Story Of I way better. One of them being that I am completely off of social media. Yes I have taken little peeks here and there but for the rest I am not on it, even to the point that I have yet to download any of the apps on my new phone. All three of my little peeks happened via my laptop. To this day I don’t miss them, even though I will admit to missing the little random interactions I had with all of you, if you miss them too you can email me at hello@mystoryofi.com.

In the second half of the fourth year of My Story Of I, I really went back and looked at all the things that made me really happy in 2016. Even though traveling was a big part of that and I obviously can’t do that right now I have found lifestyle changes that were so tiny but powerful that in the grand scheme of things they got lost. However due to not being able to do the big things I got to see them as I had to look harder. I think that might be one of the beauties of the current world chaos for me.

Cheers to 4 years of My Story Of I, a year of going back to the basics and starting anew🥂 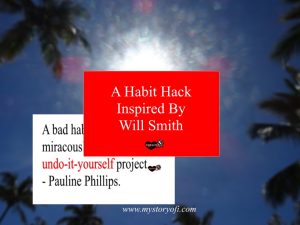 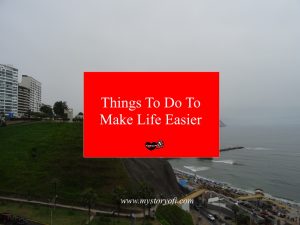 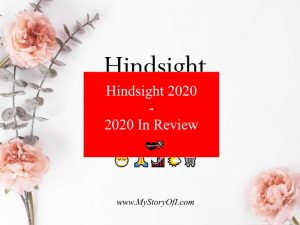 Previous Post: « The Best Morning Routines: Debunking The Hype
Next Post: Tips & Tricks To Help You Get Out Of Bed Easier »